Bumble, affiliated dating apps valued at $3B as Blackstone invests

Insurers got burned badly in the 2008 financial crisis. So almost a decade later, BlackRock Inc. scoured the industry’s $5 trillion in U.S. investments to figure out how they would fare if markets crash so hard again. 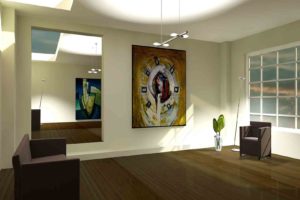 The answer: It could be worse.

The world’s largest money manager mined regulatory filings of more than 500 insurance companies and modeled their portfolios in a similar downturn. The stockpiles — underpinning obligations to policyholders across the nation — would drop by 11 percent on average across more than 260 property and casualty insurers in that group, according to its calculations. That’s significantly steeper, BlackRock estimates than their “mark-to-market” losses during the depths of the crisis.

The reason is pretty simple. Insurers needed to make up shortfalls after the crisis. But in a decade of low-interest rates they had to venture beyond their traditional holdings of vanilla bonds. They now own vast amounts of stocks, high-yield debt and a variety of alternative assets — a bucket that can include hard-to-sell stakes in private equity investments, hedge funds, and real estate.

“There is more risk being put into these portfolios every year,” Zach Buchwald, the head of BlackRock’s financial institutions group for North America, said in an interview. And such shifts may become permanent, especially because many of the allocations are hard to reverse, he said.

The new diversity should provide a huge benefit, according to Buchwald. After all, it was concentrations of investments in mortgage-backed securities and certain equities that proved the biggest pitfalls during the crisis, a study by the Organization for Economic Co-operation and Development found.

Even piles of investments that appear diverse can drop in value if care isn’t taken to ensure the assets won’t move in unison. If that were to happen, insurers may still avoid locking in temporary mark-to-market losses by waiting out the turmoil for prices to recover, a strategy that helped them during the last crisis.

BlackRock examined the insurers’ portfolios — performing a sort of stress test — as it pitches a service called Aladdin. It didn’t publish the study. BlackRock is trying to sell the companies analytics and advice, helping them test how complex portfolios may perform under various conditions, so they can design them to withstand catastrophe.

The assessment comes at an interesting time. With U.S. stocks trading near record highs and the Federal Reserve starting to unwind years of extreme measures, there’s a raging debate on Wall Street over whether a big correction is looming — and if so, whether unforeseen faults in financial markets might crack open, as they did a decade ago.

“The strong ‘quest for yield’ remains visible in non-banks,” Allianz SE Chief Economic Adviser Mohamed El-Erian said in a Bloomberg View column this month. The group, which typically includes insurers, has pushed into asset classes “including what most deem to be a stretched market for high-yield bonds.”

Some insurers have been vocal about their shifts. Athene Holding Ltd., an insurer that leans on Apollo Global Management to oversee investments, is wagering on complex, hard-to-sell debt. Its alternatives portfolio, representing about 5 percent of total holdings, posted a 12.3 percent return on an annualized basis in the second quarter.

It’s among a handful of insurers backed by private equity firms betting they can earn better returns than peers focusing on traditional investments. But even MetLife Inc. and Prudential Financial Inc., two of the oldest and largest life insurers in the U.S., have said they’re pushing into commercial property bets and private market debt in search for yield.

Insurers are required to hold capital to absorb investment losses and to stockpile cash and other easy-to-sell instruments to pay policyholders when emergencies arise. Companies have strengthened their bulwarks over the past decade, Buchwald said.

“The industry is in a vastly different place than it was in 2008,” he said. “The regulatory changes and increased capital make the industry more resilient to potential downturns.”

Regulators do allow firms to lock up some funds in stickier investments to improve returns. “In the current low-interest-rate environment, perhaps a bit of illiquidity in a portfolio would not be harmful, if appropriately managed,” the National Association of Insurance Commissioners said in a statement on its website.